EXTRACT FROM THE RALLY REGULATIONS

Cross-country rallies are automobile competitions taking place along impassable and public roads. The task of each crew, consisting of two people (in truck crews – of three, there is also a mechanic) – a driver and a co-driver, is to pass the special stages (SS) as quickly as possible, with the maximum possible speed, along the route determined by the road book (Legend, Road Book), with several mandatory checkpoints. The winner of the race is determined by the sum of time at the special stages.

The distance of the cross-country rallies is quite long and it is almost impossible to lay a single continuous high-speed track. Therefore, in addition to the special stages, there are road sections – the so-called liaisons going along public roads that are not prepared for the race, where the crew must maintain a certain schedule for passing the time control points, while strictly observing the traffic rules.

All crew deviations from the required schedule, the special stages results and violations of the regulations are recorded in a special carnet and are taken into account for calculating the final race result.

These races are very popular all over the world and attract a large number of participants and spectators. France is rightfully considered the country of origin of the cross-country rallies; for many years the most famous cross-country Paris–Dakar Rally has started from the Eiffel Tower on 1 January. After 2003, the famed “Dakar” started from Spain and Portugal; in 2009 it moved to South America, and in 2020 began a new chapter in Saudi Arabia. Despite the fact that in Russia this type of motorsport has been recently developing (officially the Championship of Russia has been held since 1999), up to 80 crews meet at the events, and there are 4-6 of them a year.

The competition with the Spanish name Baja (Baja – the name comes from the eponymous area in the southern part of California – according to one version, a short cross-country rally was first held there) is usually held for 1-4 days. Since this is the shortest type of cross-country rallies in time, the length of the baja route is no more than 1,200 km, and the special stages are no longer than 350 km. Bajas are usually carried out on a ring distance that allows minimizing liaisons and using only one service park for servicing and repairing racing equipment. But the distance of the special stages can be repeated two or three times.

The second longest competition is called a cross-country rally; it lasts from 5 days and a route length is no more than 6,500 km with a minimum of 1,200 km of special stages. Usually the duration of the race does not exceed 10 days. Cross-country rallies are most often carried out in a linear format. The special stages distance is not repeated, which increases the route complexity. But there may be more than one service park (bivouac): a large caravan of technical vehicles follows its own route and the bivouac must be deployed and ready in a new place for the arrival of sports cars before they finish at the special stage.

The longest running cross-country race is the marathon. It is held in a linear format over the territories of several countries and can last from 10 to 15 days in the FIA World Cup series or even up to 30 days in private competitions. The route length can go beyond 6,500 km, and the special stages must have at least 2,500 km. At the same time, the liaisons cannot exceed 600 km per day.

The “PARIS–MOSCOW–BEIJING 1992” marathon, which entered the Guinness Book of Records, started in Paris on 1 September and, passing through many countries of Europe and Asia, finished 30 days later in Beijing. The length of the route was 17,600 km.

In the FIA World Cup for Cross-Country Rallies the points are scored at each event according to the following pattern:

Points can also be awarded for the day victory. You can find more details in the Cross-Country Rally Regulations (page 10).

An example of designation in a Road Book 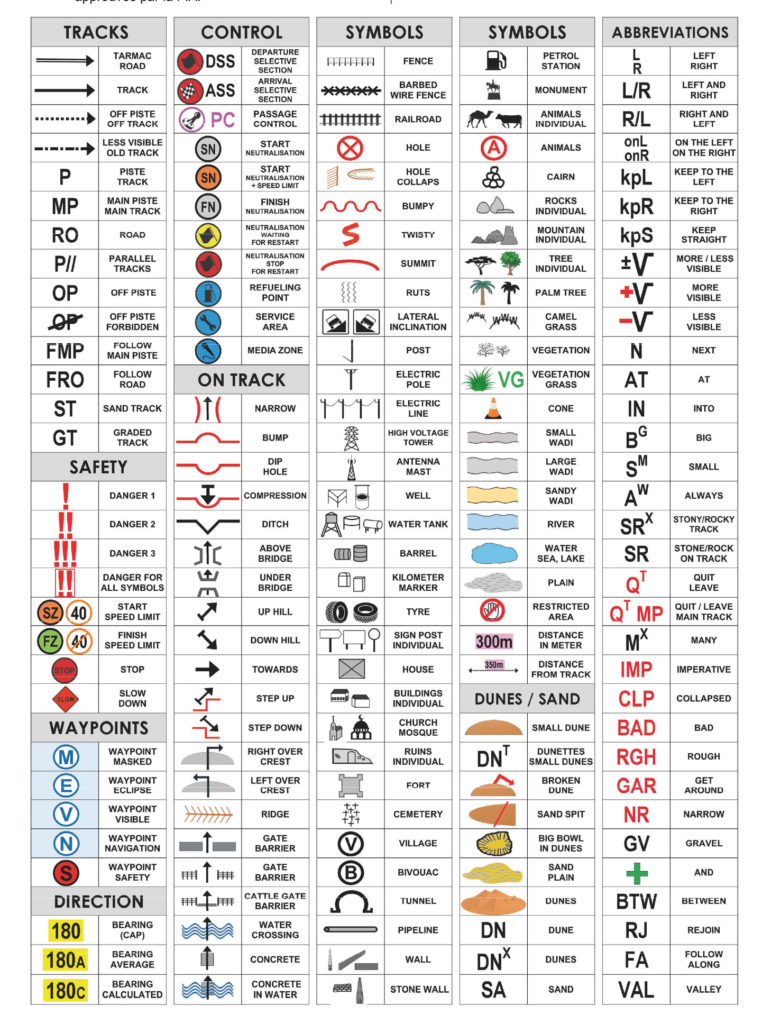 An example of a Road Book page 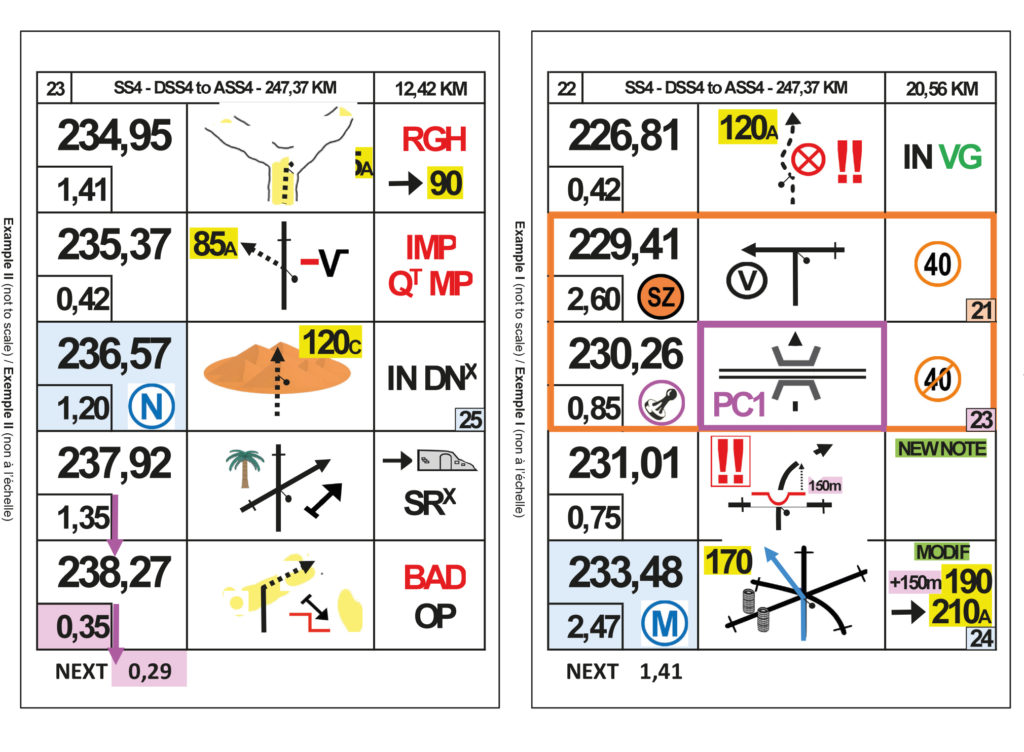